An Online Portfolio and Blog Site

I’ve heard it been said, that graduates usually don’t have trouble finding jobs right out of college. Maybe this holds some truth, especially with those, like me, who were already working in a job that they were going to continue after graduation.

However, there are others, also like me, that aren’t having as much luck. Now I can say from my own personal experience that it’s easy to overlook those other people in the same position.

I have taken some time to read articles with suggestions on how best to prepare for an interview, and have found ways to present myself better, especially with the initial phone screen. Filler words such as “like” and “um” and even sometimes “yeah” can either be associated with nervousness, or disinterest, and no one wants to come off that way when a job opportunity is on the line.

Preparation can be a key factor, but it isn’t a unique idea. Everyone else who found that posting is doing the same thing, if not more, to compete for that job. And maybe they already have a leg up on you. I have been in a number of positions where I have landed an in-person interview for a position where sales experience wasn’t a requirement; it was posted in the job description that all skills needed were going to be taught in training contingent on hiring.

Eventually that fateful email or phone call comes, stating they went with someone who has that experience. I can understand this; it’s easier to bring someone in who has already been exposed to something similar.

However, it begins to get disheartening once it’s not longer just one, but dozens. It’s hard to know what you’re up against, and sometimes doing your best and presenting yourself the best way possible just isn’t enough.

The continued search starts to get harder. Maybe a slight panic attack or two. And it gets to the point where you feel like you just aren’t letting yourself down, but also those that have been supporting you through the process. I’ve been there and it’s not a great feeling.

I will say job searching is nothing like I thought it would be. And maybe I was too optimistic in how quickly I would be able to find a place to start my career. Everyone says something will work out eventually. It’s just hard to know when “eventually” is.

My Time at UNL

My time spent as a Husker was the most life-changing four years I have experienced in my life.  I experienced changes in my personal life, my professional life and my academic life. I had finally felt like I was in charge of what I did and where I went from the first day of my freshman year.

The “Best Years of Your Life”

I often heard that your college years are the greatest years of your life. As vague as that comment is, I would find it hard to disagree.However, that hardly scratches the surface. That statement doesn’t offer any insight for anyone who wasn’t with you through it all.

Like most college students, I could be found at the football stadium every Saturday. To say I was (and still am) a die-hard Husker fan is an understatement. Being born and raised as a Husker fan played a huge role in who I am, even outside of the football field. Being a part of one of the most loyal fan bases says a lot about the school that surrounds it.

It wasn’t uncommon to hear about people changing their major at least once throughout their college career. I just never thought I would be one of them. Going into my freshman year, I was so certain I wanted to become an accountant. That’s all I focused on and I refused to give up. I didn’t want to accept I had made a wrong decision. However, after I admitted it to myself, everything started to fall into place.

Changing my major was the best thing I could have done in my four years at UNL. I enjoyed my classes and everything was making sense. Somehow, along with the academic change, I was starting to notice the change in myself.

As an 18 year old freshman, I was quiet and reserved; more than okay with letting other people talk while I acted as a fly on the wall. As a senior who was months away from graduating, I made my presence known by participating in group discussions. Outside of classes I was having conversations with people I was just meeting.

I had finally broken out of my shell, and just in time.

UNL shaped me into a person I could be proud of. I saw myself mature and gain an understanding of what it was going to take to become a part of the “adult world”.

My 33 Pairs of Cleats 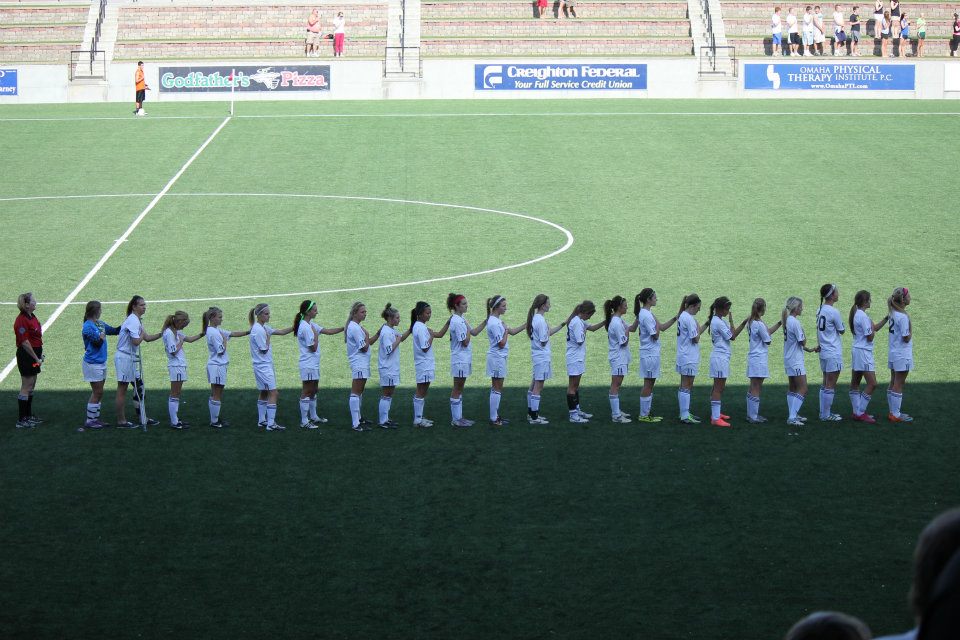 Ever since I was five, I knew that soccer was what I wanted to do. I even quit dance to focus all of my attention on playing.

From the age of eight through my senior year of high school, I played on a number of different teams. The number of cleats doesn’t quite reach 33, but it may be more than one person would expect. Each team and club that team was a part of taught me something new. Looking back now, it all jumbles together. One thing I won’t forget is the friendships that came from each group of people I played alongside.

I remember each time I would head into the first practice with a team completely nervous. It was unfamiliar territory, and I was going in without knowing anyone. By the end of the hour and a half, there would be one or two people who I could easily talk and laugh with.

Leaving one team for another was always hard. The time spent never lasted longer than two years. Each time was harder than the last. The support I had from teammates and parents was appreciated, but it never took away from what I had gained and what I was losing.

Finding a New Me

The constant change between teams has made a huge impact on my life now. Having to put myself out there for every first practice made me become more outgoing than I was, and more willing to hold conversations with people I don’t know. This is just one of the invaluable lessons I have taken away from my career as a soccer player.

Teamwork is something that will never go away, and the relationships with teammates are crucial and unlike any other. You couldn’t ignore a person if you didn’t along. You had to be able to read everyone’s mind to know exactly where they were going and where they wanted the ball to be played.

Finding the Value in Others

Working together toward a common goal creates an energy unlike any other feeling. You can see it everyone’s eyes that they want that prize as much as the person standing next to them. Standing together in a circle as teammates shows that everyone is in it together, fighting for one another. We are there to help each other up when we fall, and will work hard for each other until the final whistle.

There truly is no feeling that even comes close in comparison.

Where Will I Go?

My 33 Pairs of Cleats have taken me all over the country. At the age of 22, I never would have imagined that I had been in 17 states; 13 of which came from travelling to soccer tournaments.

Sure, I’ve been to many places. I have made it from the West Coast to the East Coast, and covered most of the Midwest. Each state and each city different from the last. The frequent travelling made me become very observant.

When I was still in grade school, I told myself I would never leave Omaha. It was where I grew up and it was familiar; it was home.

As I entered high school and spent more weekends travelling, I came to find one other place I would be willing to call home. It felt familiar to me. It reminded me of Omaha. Overland Park, KS had become a possible city for me to start the next chapter of my life.

At this point in time, it was a dream. I was still set in my decision that Omaha was the place I belonged. My family and friends were all there, and I knew everything there was to know about the city. That may be why I’m ready to move on.

My senior year in college was the most eye-opening year I experienced in college. It hit me that I had never lived more than an hour away from the house I grew up in.

That small distance isn’t just between cities; it was literally the distance from the front door in Omaha to my apartment door in Lincoln. It never once crossed my mind I was still so close.

However, I became more open to the thought of living somewhere else.

Having just graduated from college, I found this to be the perfect time to try something new. I have the time and freedom to make these kind of choices before settling down and starting the next part of my life.

In the end, I know where I want to be, and I am willing to do what it takes to make sure I end up there.